The Berlin City Castle being rebuilt at the very moment on the site of the socialist «Palace of the Republic» that was demolished in 2006. The Palace itself was built in 1976 after the prussian Castle was demolished.

For the daily flag ceremony, a german flag with the socialist emblem is beeing hoist in graceful slowness. For one minute, it is flying in the wind until it is proceeding back to half mast. 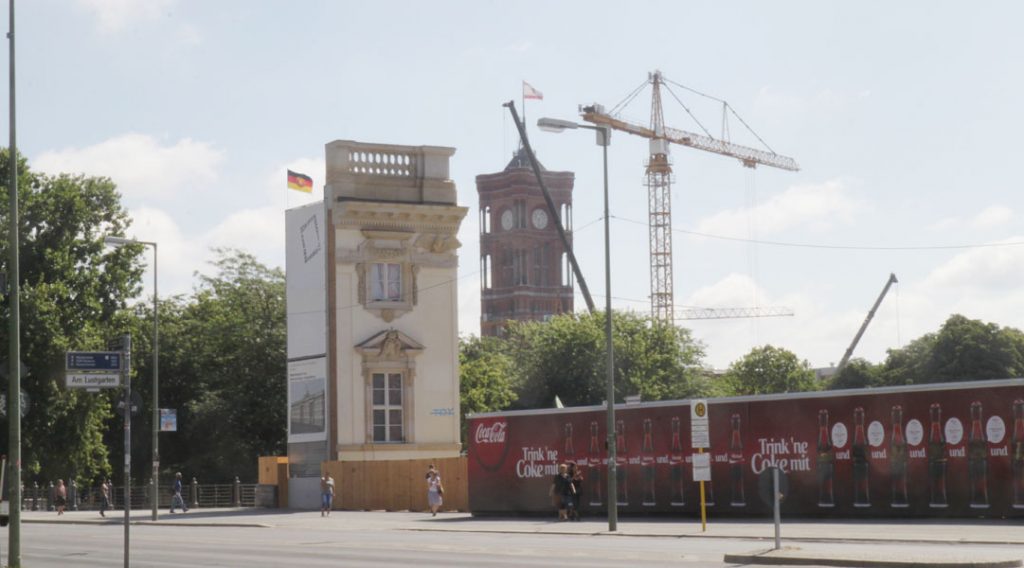 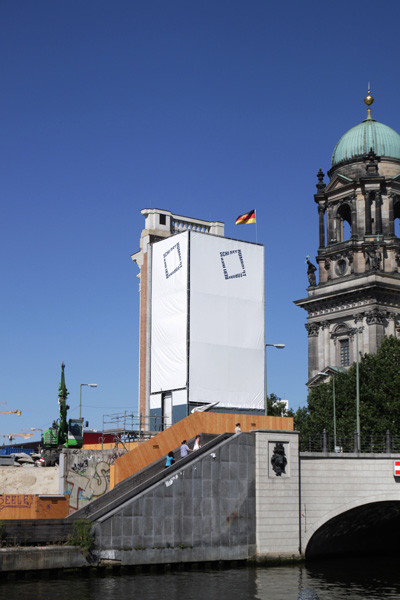 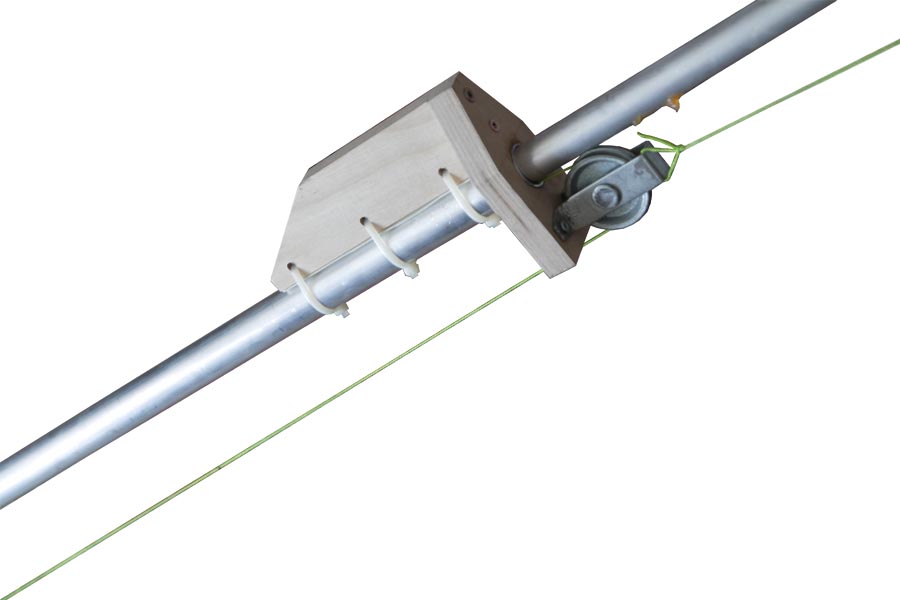 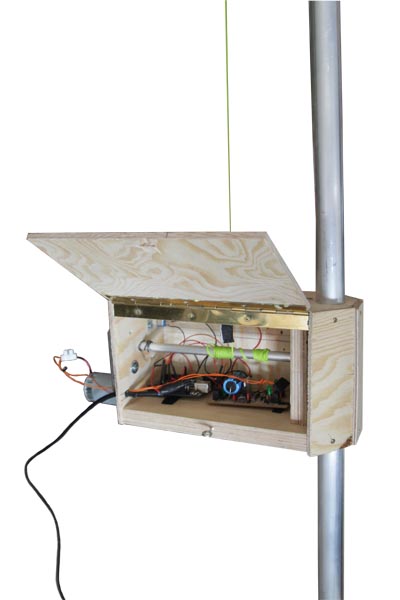 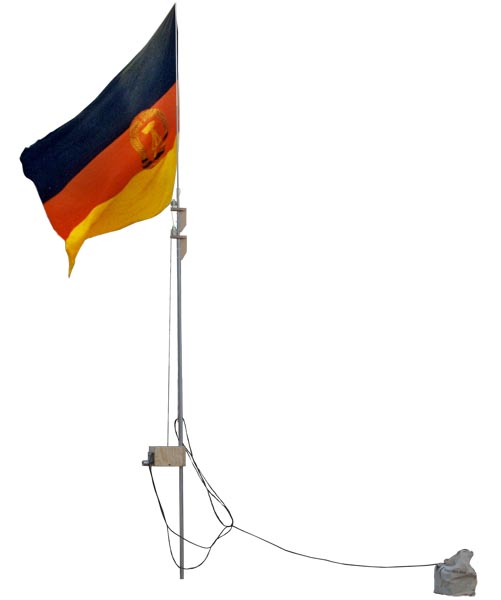